What is Pilates?
Pilates (pronounced Pil-LAH-tees) is a system of body/mind development named after its inventor, Joseph H. Pilates. More than exercise, Pilates is an integrated approach to movement that, when correctly performed, uniformly develops the body. The method’s exercises safely develop strength, flexibility, and endurance, without adding the bulk that conventional exercises often result in.

Who was Joe Pilates?
Joseph H. Pilates, born in 1880 in Germany, was a sickly child who devoted himself to overcome his physical limitations. After studying Yoga, meditation, and the exercise regimens of the ancient Greeks and Romans, by age 14 he had mastered gymnastics, skiing, and skin diving.

At the age of 32 he traveled to England where he became a boxer, a circus performer, and trainer of detectives in self defense. At the outbreak of the first world war, he was interned with other German nationals. During this period of confinement he taught fellow prisoners his growing system of mind/body development. During the latter part of the war he worked as a hospital orderly on the Island of Man, where he fashioned his first exercise equipment out of bedsprings and other available parts. Using this make-shift apparatus, the prototype of what was to become the Cadillac, he helped rehabilitate patients from injuries and illnesses.

Following the war, Joe returned to Germany where he continued to develop his fitness system. But as politics in Germany were not to his liking, he immigrated to the United States in 1923 and established the Pilates studio in New York with the assistance of his wife Clara.

Joe remained active training until his untimely death in 1967 at the age of 87. He died, not of old age or debilitating illness, but of complications resulting from smoke inhalation after he tried to rescue his equipment from a fire in his studio.

Imagine what would happen if a stabilizing muscle were too weak to effectively do its job. Another muscle would have to take over. Take the deep gluteal muscles (beneath the gluteus maximus), for instance. If they are de-conditioned, the hamstrings are forced to take over stabilizing functions they were never designed to handle. Therefore, the hamstrings become tight, and extremely resistive to stretching. In fact, you cannot solve the problem by stretching, because the underlying cause is not addressed. To free the hamstrings, you must strengthen the gluteals. The hamstrings, since they are no longer required to act as pelvic stabilizers, can now move more freely and are much more responsive to stretching.

Pilates, then, conditions you “from the inside out,” by uniformly developing all the key stabilizing muscles of the body. As a result, your posture improves, aches and pains go away, and you develop a graceful ease of movement that other people are likely to notice.

If I practice Pilates, what results am I likely to experience?
Here are some specific benefits most regular Pilates practitioners experience:

Who can do Pilates?
Nearly anyone. The beauty of the Pilates method is that it is adaptable to anyone’s level of conditioning. De-conditioned older folks and rehab patients benefit from the spring-assisted equipment exercises that gently guide their body through anatomically correct planes of movement. Many elite athletes use the method to enhance their flexibility and to more deeply challenge their core. Most people fit somewhere between these extremes of physical condition, and under the direction of a qualified trainer, they can benefit immeasurably from the method.

Can’t I learn and do Pilates on my own?
Yes, there are many good books and videos available for home learning. However, all these resources have one limitation in common: they can’t give you feedback concerning your performance of the exercises. Pilates entails movement patterns and stabilization techniques that are not intuitive for most people. You may think you are doing a picture-perfect roll-up, for instance, but have you properly engaged your deep abdominal muscles to create a girdle of strength and protection around your lumbar vertebrae? As you roll up and back down are you extending through your heels to help take you out of your quads and hip flexors? Have you stabilized your shoulder girdle by dropping your shoulders down? In every case, do you initialize the movement from your central core, rather than from your shoulders? These are examples of distinctions that a well-trained Pilates instructor will help you learn and experience in your own body.

By all means, practice Pilates at home, but get started with a basic matwork class, or better yet, a few private sessions. This instruction will pave the way for a much more satisfying home practice of Pilates.

Is the matwork enough, or do I need to train on the equipment too?
Matwork is the Pilates method in its purest form. This is what Joe did, and trained other people in, before he invented the reformer, cadillac, and the other pieces of equipment. One school of thought is that the equipment exists to support the matwork. If you can do the matwork, you don’t need the equipment.

That viewpoint is correct to a point, but only for some people. Seriously de-conditioned people and rehab patients require the assistance of the equipment springs to guide them through movements they could never do on their own. Conversely, highly conditioned people use the equipment for their resistive features to challenge their bodies beyond what is possible with matwork alone.

If you are a reasonably fit individual, your focus should be to learn the matwork. But get some equipment training to supplement the matwork. It will add a great deal of interest to your training, and it will deepen your understanding of the work.

Do all Pilates trainers teach the same exercises?
The Pilates method consists of a repertoire of some 500 exercises developed over the years by Joe Pilates. Any well-trained Pilates instructor will be grounded in these exercises. Some certification programs, however, teach modifications to these exercises to make them easier or more difficult, depending on the needs of the client. Further, some experienced trainers have added exercises to the classic repertoire. As long as these additional exercises employ the principles of the Pilates method, they belong in the method.

Some trainers claim to teach “pure” or “authentic” Pilates. What’s that all about?
The idea of teaching “just like Joe” is illusory. Ron Fletcher, one of the early popularizers of the method and student of Joe himself, reports that he would often observe Joe teach an exercise one way to a client and then in another session teach the same exercise in a different manner to the same client. So, what is the “pure” technique? The important issue is whether a trainer knows the basic movement patterns of the exercises, and can modify them appropriately to meet the needs of the client.

But if “pure Pilates” is illusory, it is not entirely desirable. Genius as he was, some of Joe’s ideas have been corrected and improved upon by contemporary fitness and healthcare practitioners. In particular, Joe insisted on performing all exercises with a flat back, the lumbar spine mashed into the mat. Today, this is called a “pelvic tuck” or “posterior tilt” of the pelvis, and is known to potentially create back problems. Most modern Pilates trainers now enforce performing exercises with a “neutral spine” in which the spine’s natural curvature is maintained.

It is no sleight to Joe’s legacy to improve upon his method. By way of analogy, Robert H. Goddard is known as the “father of modern rocket propulsion.” Born in 1882, he and Joe Pilates where nearly the same age and developed most of their respective innovations during the same time period. Unquestionably, rocket science owes a debt of gratitude to Dr. Goddard. Nevertheless, he is known as a “pioneer,” not the ultimate authority whose discoveries cannot be improved upon. Clearly, Pilates is not rocket science. It is, though, an ingeniously devised system of body development pioneered by Joseph H. Pilates. Even Joe, I think, would approve of progress. 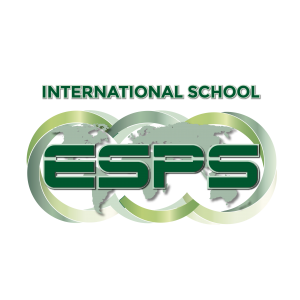